History in a Glass Box 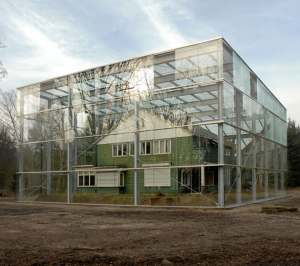 In World War II, Jewish people and others were gathered and sent off to concentration camps from all of over Europe by the Nazis. In the Netherlands, the Dutch Government built a camp to accept Jewish refugees who were fleeing from Nazi Germany in 1939, but in 1940 the Germans took over the camp and by 1942 they made it into a camp where they sent Jewish people back to be killed in Poland, Germany and Czechoslovakia (what the Czech Republic was called at the time.)

There is nothing left of this camp except for the house of the SS Commander who controlled the camp and directed these horrific activities.

Instead of tearing down the house and the history of the camp with it, the Dutch government decided to make it a memorial and educational center. The Dutch architecture firm, Oving Architekten, designed a glass box to encase the entire building. It is a fascinating solution to preserve this historic site. Like a shard of an ancient ruin, or a piece of valuable jewelry, found in a museum display, the entire house is under a glass cover, for all of us to look at and consider. The entire house. It is a HUGE glass box. The house itself looks fairly typical. It has a white and green exterior, a gabled roof, windows and doors, like any other house. But by placing it within this glass box, also called a VITRINE, it makes this house different. We look at it and can think about what went on inside and outside of the house, and, hopefully, never let it happen again.

Here is an article about the project at Dezeen

And here is the website for the Dutch architecture firm, Oving Architekten
Thank you to Ms. Oving for sending these additional images, below! 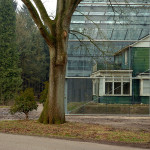 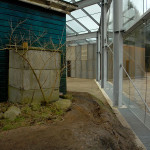 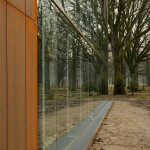 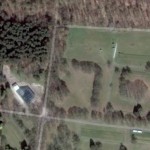 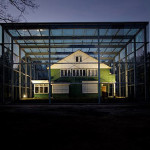 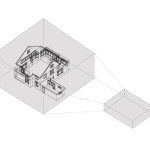 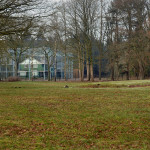 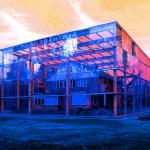 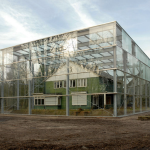 Anything is Architecture
Modernist or Fake?