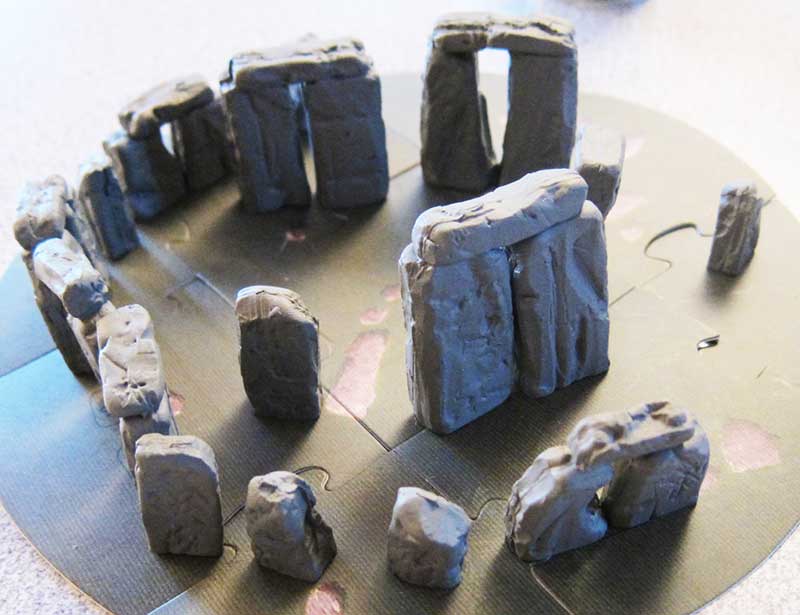 We are not going to claim to be professional historians here, but we do want to give you a minute to consider Stonehenge, that amazing and curious construction of stone plinths located in Wiltshire England. We like to think about it as the first great illustration of one of the oldest ideas in architecture, the post and lintel. The posts are the VERTICAL stones that stand upright and are taller than they are wide. The HORIZONTAL stones that are wider than tall are the lintels.

Stonehenge is in ruins now, and that makes sense since archaelogists date it back to 3000 BC or 2000 BC. We are talking OLD. Until maybe 20 or 30 years ago, you could walk right up to the stones and touch them, but people got weird and painted graffiti on them and probably kissed them too many times and they need to be protected so they can continue to exist for thousands of years more.

How was it built?  How did people who lived 2500 years ago lift those stones up? There are no written records of how it was done. No one is quite sure. Scientists and archaeologists think that the stones might have been used at a different site as a stone circle and then MOVED to this site. How did they move them too? There is the idea that the stones may have been moved and carried on rows of poles, that would have acted as wheels, rolling them to the final spot of Stonehenge. How the stones were lifted (some weigh as much as 25 tons!) is still a mystery. Some people guess that it was a supernatural event….who knows? A story from the 12th century says that the stones were brought to the spot by a wizard. Hmmmm, we wonder…

There are lots of ideas and stories that folks have written about Stonehenge. We hope you will check some of them out and also try to build some post and lintel constructions yourself.