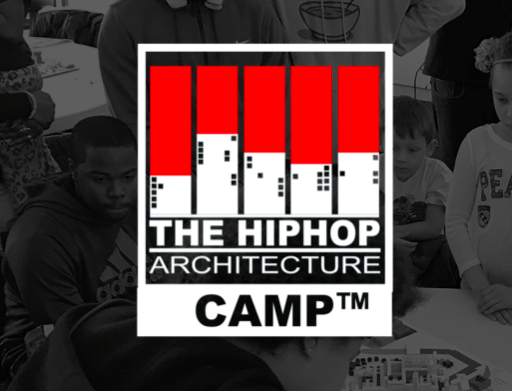 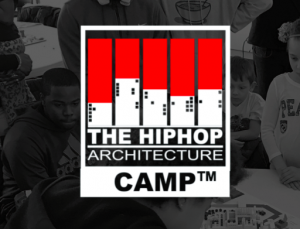 These are free, weeklong summer camps to expose kids from underrepresented populations to the architecture and the affiliated fields. This camp was created by a Detroit architect, Michael Ford and developed by The Urban Arts Collective, an organization focused on increasing the number of underrepresented kids in S.T.E.A.M. fields . The goal is to provide opportunities for kids to be creative and get excited about the built environment based on “Creativity, Collaboration, Communication and Critical Thinking.”

An idea expressed by Michael Ford is that hip hop music often expressed ideas about place – specifically urban spaces that were in terrible condition, underfunded and poorly designed. Ford says that  “Hip Hop Architecture” can offer a viewpoint for seeing the junction between culture and the built environment. By engaging kids through music and familiar hip hop “materials”, kids will be drawn to explore and experiment in design and other S.T.E.A.M. areas as they move forward in their education paths.

There are very few registered architects who are African American. The way to increase these numbers of practicing architects in the field is to get kids to learn about these careers and to catalyze them to be the change.

Camps are taking place in Los Angeles, Austin, Houston, Atlanta and Detroit in 2017.

Find out more here at hiphoparchitecture.com.