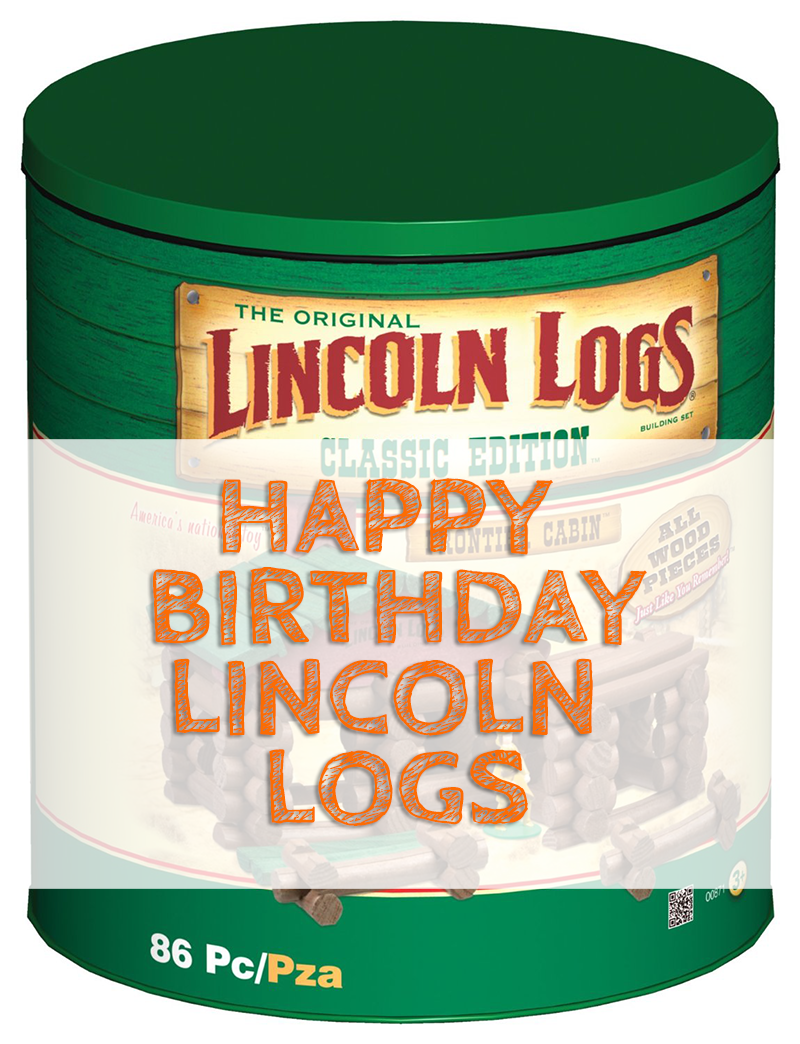 Famous architect, Frank Lloyd Wright, designed many buildings that were very progressive. Victorian-styled buildings were all the rage when he started to design buildings that emphasized the horizontals of the flat Midwest, with large overhanging eaves and windows grouped in horizontal bands. It was bananas! This kind of design was so new and so different.

How ironic that his son, John Lloyd Wright designed a toy 100 years ago that heralded back to the days of building with logs! Yes, in 1916, Frank’s son developed the old-fashioned toy, Lincoln Logs. 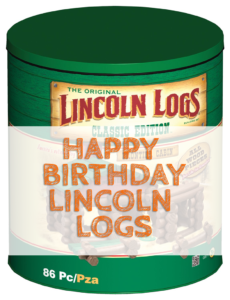 John was in Japan with his father, Frank, as the Imperial Hotel was being built. The base of the hotel was built with notched logs, and that is exactly the basic structural piece of Lincoln Logs. Building the base of the hotel in this way made it more resistant to earthquakes, which have threatened Japan forever. So it was not really a nod to the past, but rather a toy based on something that was actively being built.

Many kids nowadays have had the experience of playing with these solid wooden toys, and a lot of parents remember that experience of clipping together logs to make square buildings as tall as possible, based on the number of logs in your set.

100 years is a long time for a toy to last – we recommend it as we remember it fondly.