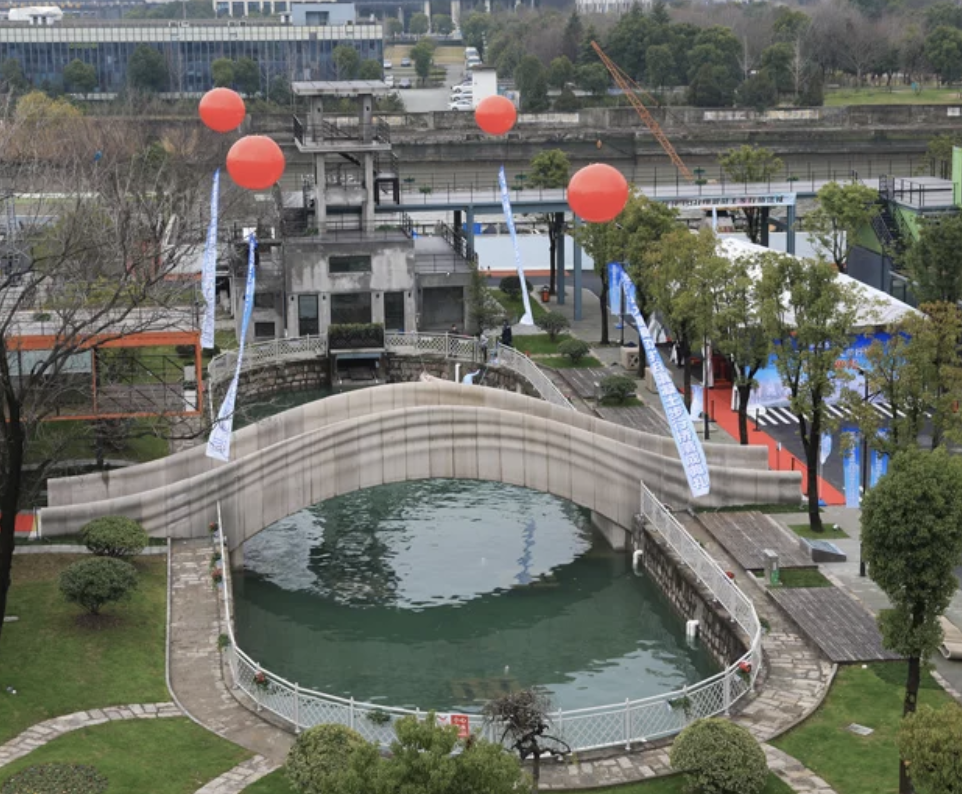 In Shanghai China, inventive designers and engineers created a bridge that was built by a 3D printer. Usually we think of 3D printers using plastic material as it makes layer upon layer to create the 3 dimensional object.

In this case, CONCRETE was used to create the layers. A robotic arm moved back and forth again and again to make these forms which formed waves on the exterior hand rails and also pieces to create the flooring. The flooring is a fascinating pattern that looks like natural coral, where the holes are filled in with pebbles.

First they built a version of the bridge in 1:4 scale (which means one quarter of the final size) to test it and confirm that it would work. What they wanted to discover was if it could hold the necessary weight, if it would not fall down, and if it would be flexible enough to tolerate winds and different numbers of people walking across. It succeeded!

Then the robotic arm went to work on the final bridge and worked for 450 hours.

A long article about the bridge with a lot of excellent images and information is here at designboom.