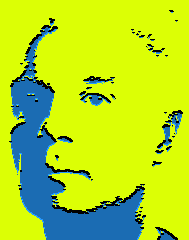 David Byrne, formerly of the Talking Heads, a popular music group back in the day, suggests that music is influenced by the space in which it is played. Some music is created for small, private, enclosed spaces, some for huge auditoriums or concert halls and so the music has different qualities depending on the physical space, or the architecture.

Byrne is a musician and songwriter. He explained that music is often created with a space in mind, or a “context” in mind. Music that Bach wrote fit the concert halls of the 18th century for example. Perhaps some musicians nowadays write for iPod listening…which involves no architecture at all!

Watch his presentation here. It is a Ted talk and brings up some interesting ideas.

You can hear some Talking Heads music here.