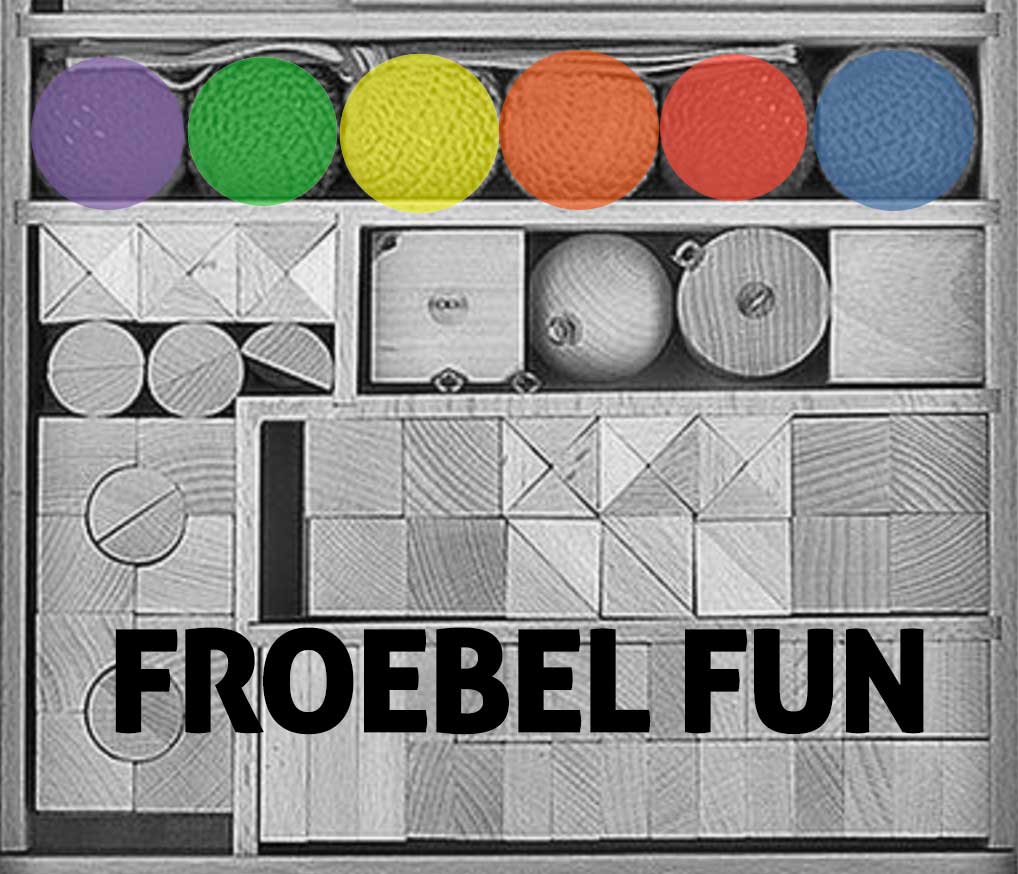 Ok, his name was Friedrich Froebel, not Freddy, but perhaps he was Freddy to his friends. He did seem to like to make fun for children. He is credited for having invented the first Kindergarten and for designing many toys for children based on geometric shapes, natural materials and fine craftmanship. His toys were called “Froebel’s Gifts”, which makes them sound so very nice, doesn’t it?

On the website, 99% Invisible, (a cool podcast too!) they explain that:

Froebel’s Gifts were meant to be given in a particular order, growing more complex over time and teaching different lessons about shape, structure and perception along the way. A soft knitted ball could be given to a child just six weeks old, followed by a wooden ball and then a cube, illustrating similarities and differences in shapes and materials. Then kids would get a cylinder (which combines elements of both the ball and the cube) and it would blow their little minds. Some objects were pierced by strings or rods so kids could spin them and see how one shapes morphs into another when set into motion. Later came cubes made up of smaller cubes and other hybrids, showing children how parts relate to a whole through deconstruction and reassembly.

One of the most famous architects who credits the influence of Froebel Gifts from his childhood is Frank Lloyd Wright. If you visit his studio in Oak Park, there was a set of the Gifts on display there. Here is a project you can do from the Frank Lloyd Wright Foundation, based on Froebel Blocks.

Now we have so many toys. And there are so many disposable toys. Many toys we have today are created for imaginary play, for collecting, or for riding or shooting or just putting on a shelf. These toys were meant to teach – and that can be fun too. These toys by Froebel were truly gifts, meant to be kept for years and years. You can buy Froebel Blocks and Gifts here.