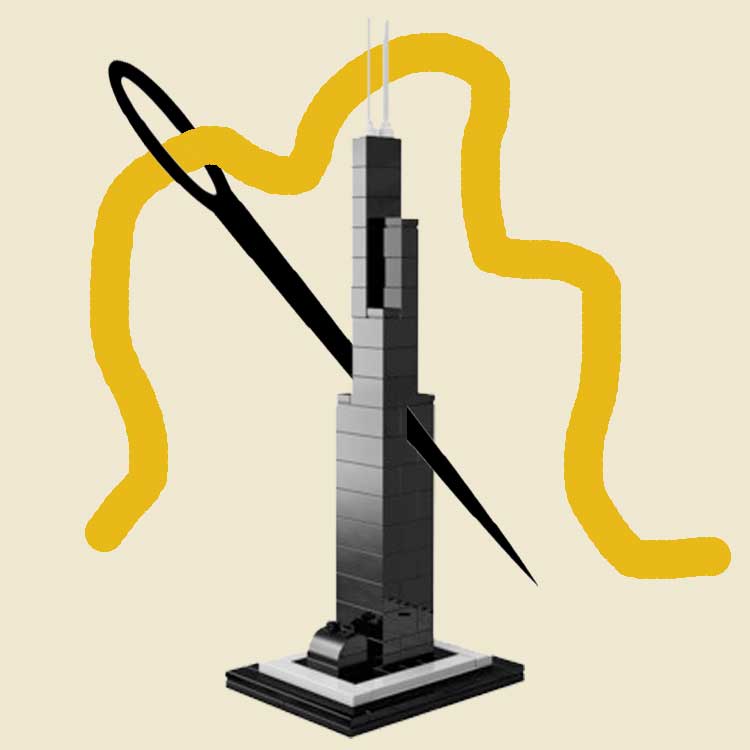 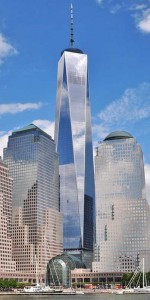 Since 1974, Chicago was the home of the “Tallest Building in America.” The Sears Tower, (named that because it was paid for by the Sears Company – not because Sears employees worked in all 100 floors) was crowned the tallest building at 442 meters tall. By the way, the Sears Tower is now called the Willis Tower because Sears sold it.

As of November 2013, the new One World Trade Center in New York City (see photo below) has

topped at 541 meters so it is now crowned the winner and champion as the “Tallest Building in America”.

This height measurement includes the needle at the top, which is like measuring the height of a cake up to the tip of the birthday candle than measuring the cake itself. 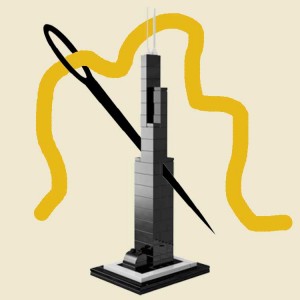 Since we at archKIDecture are Chicagoans, we want to contest that claim. We think that the Willis Tower is still the tallest building. We would

It just doesn’t seem right. Alas, maybe Frank Lloyd Wright’s Mile High Building will get build someday in Chicago. That will show ’em.height and they are the folks who grant this title for tallest building.

The photo of the World Trade Tower is licensed under the Creative Commons Attribution-Share Alike 2.0 Generic license.