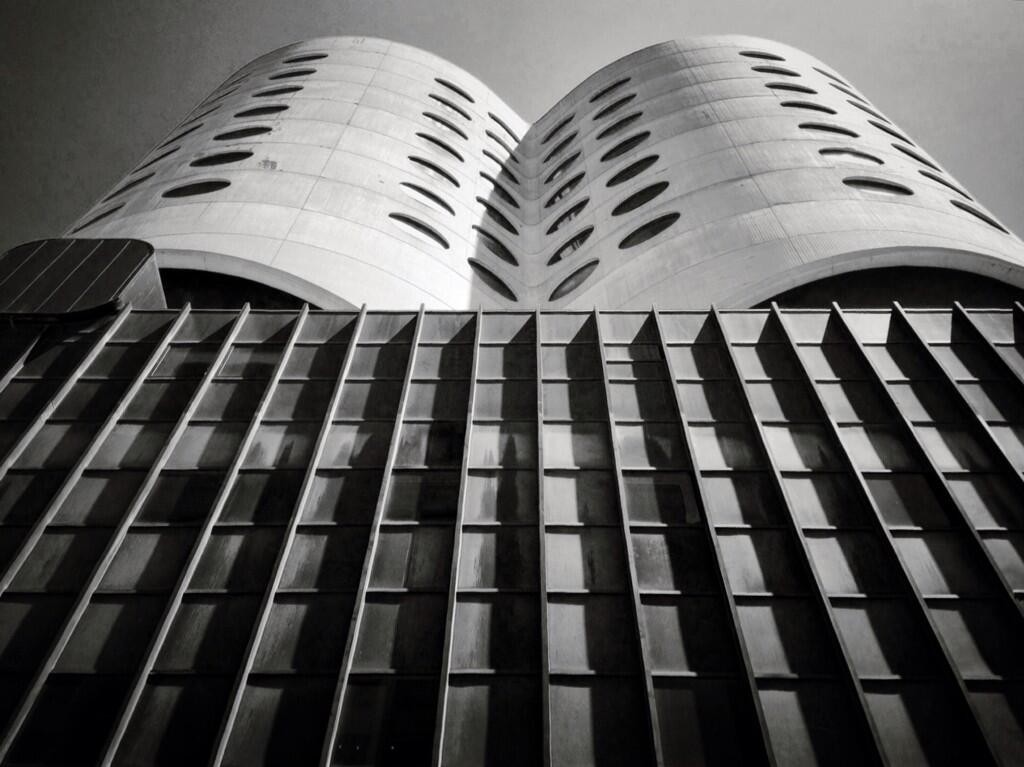 Prentiss Women’s Hospital has been around since 1974, designed by a famous Chicago architect named Bertrand Goldberg.
I bet Bert did not figure that his building would not last forever – or even for a century when it was constructed. He is no longer alive and his building will soon be dead too, when it is torn down, to make way for a new building in Chicago. The building was only 38 years old.

When a famous and unusual building like this is threatened with demolition, it usually creates a big hullabaloo. People who want to keep the building, called preservationists, fight and argue with people who are interested in getting rid of the structure to make way for new buildings. The fight over this building was fierce, and the preservationists lost.
So this building will come down very soon and no one will remember the clover shaped tower on the rectangular base. It was a Women’s hospital and so many people were born there and they will possibly think kindly of it as they look at old photos, never able to visit again.

We wonder what it felt like inside, with the round windows and flower shaped floor plan. Interesting for sure. Maybe not so great to work in or have a baby in, though. It is hard to say and we will not know once it is knocked down.
Bertand Goldberg died in 1997.