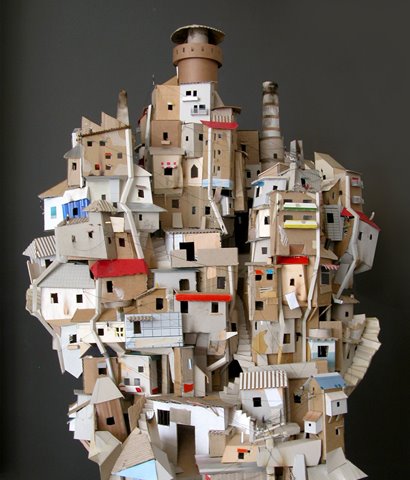 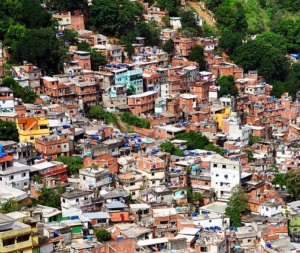 Although the word sounds sort of glamorous, a favela is not that at all – it is a type of very dense slum, or housing for very poor people, typically found in Brazil’s urban areas.

Strangely enough, the word favela comes from a sort of tree that makes people itch.

In the late 19th century, after fighting in a conflict in the city of Rio de Janeiro, the soldiers had no housing and little money. They built what became the favela to have a place to live. The word favela was adopted as the name of a certain kind of tightly built, poor quality structure mass located in an urban area. After the soldiers, the favelas housed people from the countryside who were entering the city for work but who could not afford any other housing. Many of these people were formerly enslaved African people. Today almost 1 in 5 people who live in Rio de Janeiro live in a favela. One in Five.*

For a long time, favelas did not have public services like running water, sewer systems to carry out human waste and no garbage pick-up. There was also no electricity. Pollution was terrible and there were higher rates of death and disease for the favela inhabitants.

Some residents in the favela communities have worked to improve the situation, by getting ownership of the land to make improvements. Most of them now have water and electricity and even garbage collection.

There has been increased drug and gang activity there as well so other dangers exist as well. 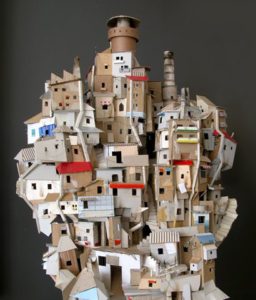 This artist made a paper sculpture of a favela. We think it is really beautiful. We guess there is a way that a favela can look beautiful as a very human, energetic project. But we have to remember that the quality of life inside is very difficult.

During the Summer Olympics of 2016 there was not much mention of the difficulties of the people who live in the favelas. We hope that there is always an effort to make life better for all people, to live in a clean and safe place.

*(See Wikipedia for more data. Favela photo from wikipedia too.)