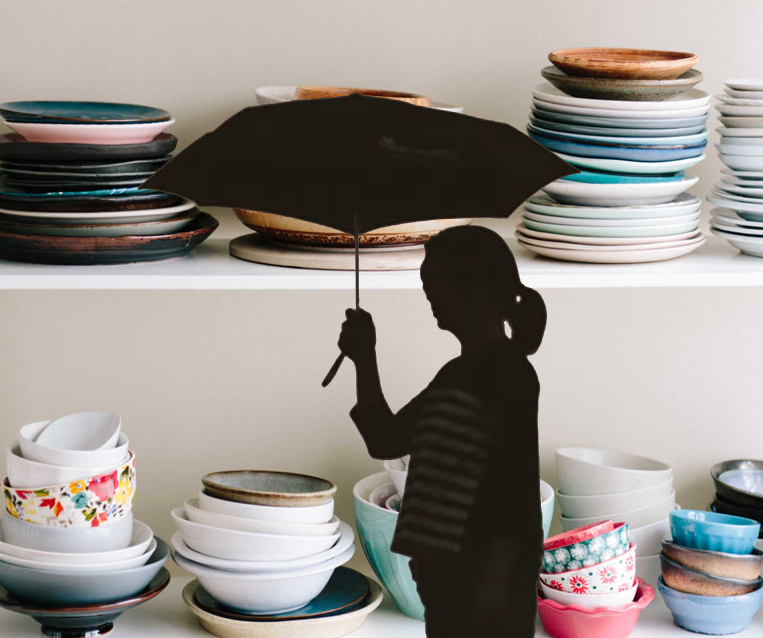 From the collection of wacky and brilliant ideas in the world, we present the Self Cleaning House! Yes, an inventor and artist, named Frances Gabe, came up with this idea because she wanted to be free from the mundane task of cleaning her home. She had this idea and she spent years building out her house in Oregon so that she would never have to clean it.

The ideas for the house included 68 different gizmos that were patented. Basically, there was a sprinkler from the ceiling in all rooms that would spray sudsy water and then rinse. All of the water would run down to the floor drain in each room and run out of the house, where it would end up in the doghouse – so the dog got clean too!

There are many illustrations that show her ideas for her patents. The drawing above is of a kitchen cabinet that also serves as a dishwasher. How convenient!

Frances Gabe died in 2017. She lived to be 101 years old! In her obituary (the newspaper article written about her upon her death,) the New York Times quotes Frances Gabe,

“Housework is a thankless, unending job,” she told The Ottawa Citizen in 1996. “It’s a nerve-twangling bore. Who wants it? Nobody!”