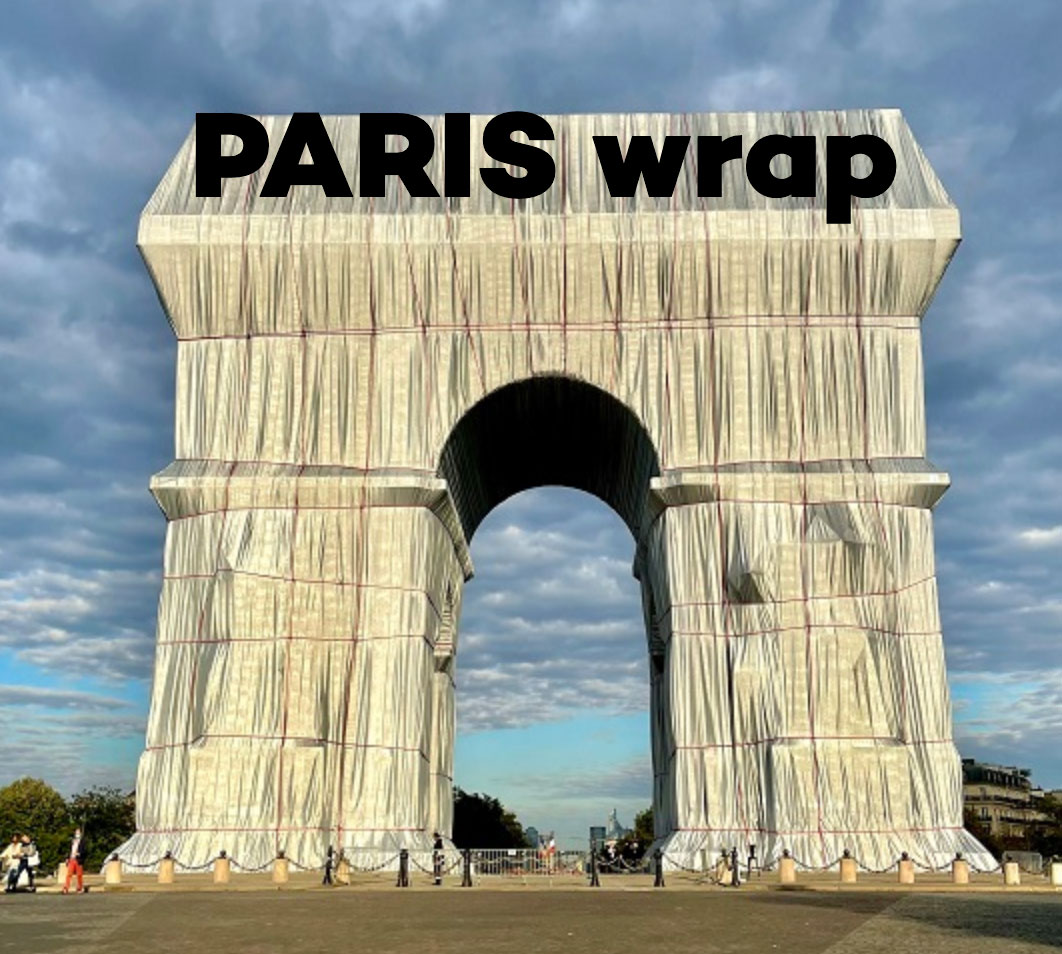 The Arc de Triomphe is a huge arch in the center of the city of Paris, France. It is the intersection of a number of streets and is a centerpiece in the city. It is a spectacle at the moment because it is wrapped entirely in fabric. We wish we were in the city of love (as Paris is known) so that we could see it with our own eyes. The idea was conceived by Christo and Jeanne Claude, two partner artists, who have wrapped other huge structures before, like the Riechstag in Berlin. YOWSA! These are folks with BIG ideas.

We are not sure who actually makes the pattern and sews the pieces of fabric together – these works definitely take some industrial sewing machines to get the job done!

According to the official Arc de Triomphe website, this was the timing of the project:

So, three months to assemble and create the actual fabric wrap and to install it. Then it exists as a work of art for only a couple of weeks. Then it will take 5 weeks to deinstall. We are not sure what happens to all of that fabric after this usage. Hopefully it will be recycled into some great clothes or used to wrap other structures. The fabric is recyclable, so that is good news.

Other interesting stats about the project:

Christo passed away, but he wanted this project to take place after his death. It is a great expression of the type of work he accomplished in his life. He and Jeanne Claude designed it back in the early 1960’s. They had big dreams. And apparently, some dreams do come true, even if it takes about 60 years!

Does it make you want to wrap up a building in your neighborhood – maybe the library? or your school? It is an interesting idea for a project….