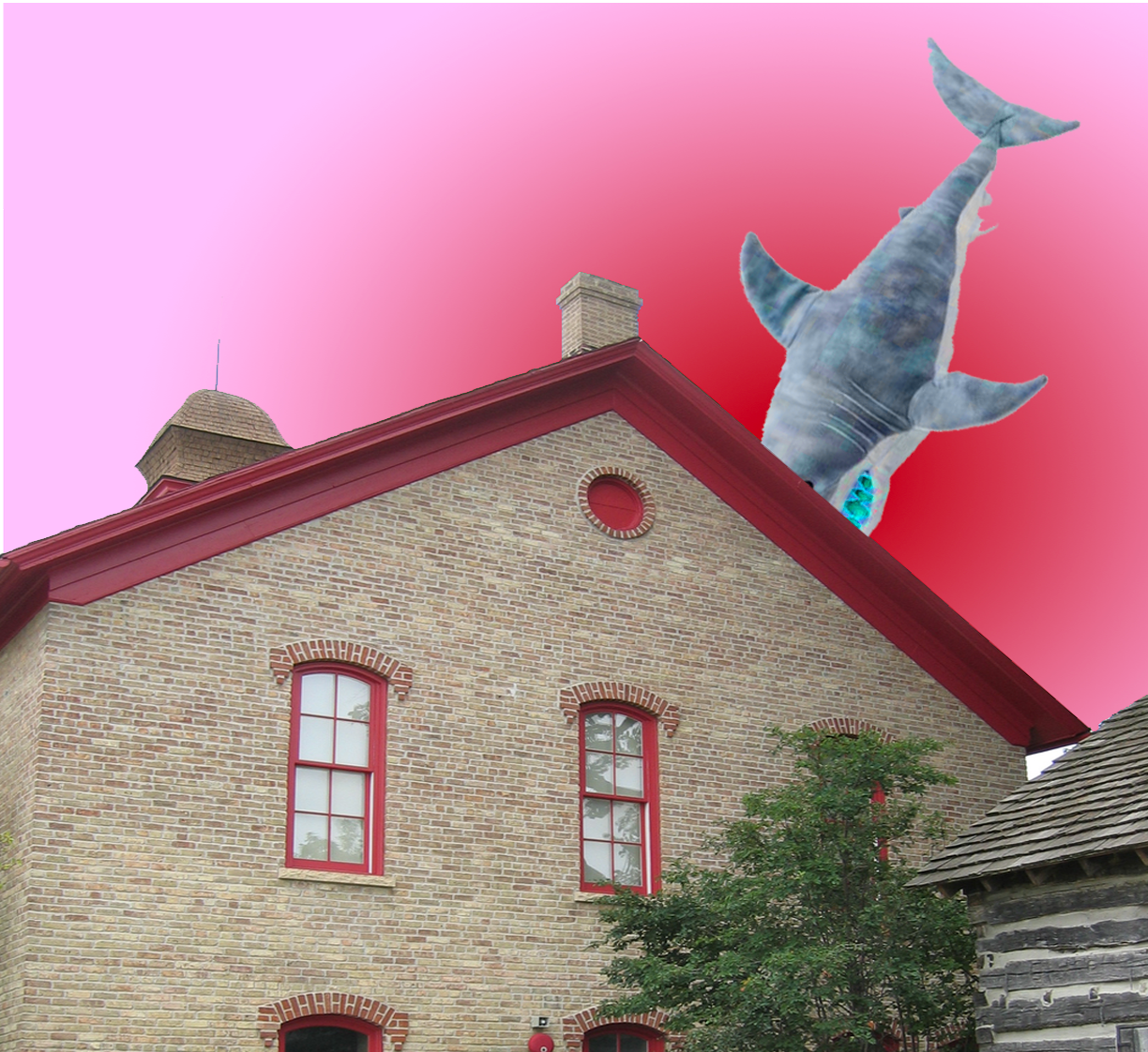 Back in 1986, a shark crashed into the roof of a house in England. And it is STILL there! It didn’t actually jump out of the ocean and into a house in Oxford England. (After all, Oxford is about 100 miles from the ocean.)

Nope, this 400 pound fiberglass fish was created by an artist named John Buckley. He was hired by Bill Heine, the owner of the house, who wanted to build something to make a statement against nuclear war.

Over time, many people in Oxford wanted to tear down the shark, finding it shocking and ugly…or just plain weird. But it has stayed there, in the roof of that house. And now it is a well known attraction in the town!

For basic info on this project and house, go here.

To make your own project of a house with a critter in the roof, go here.